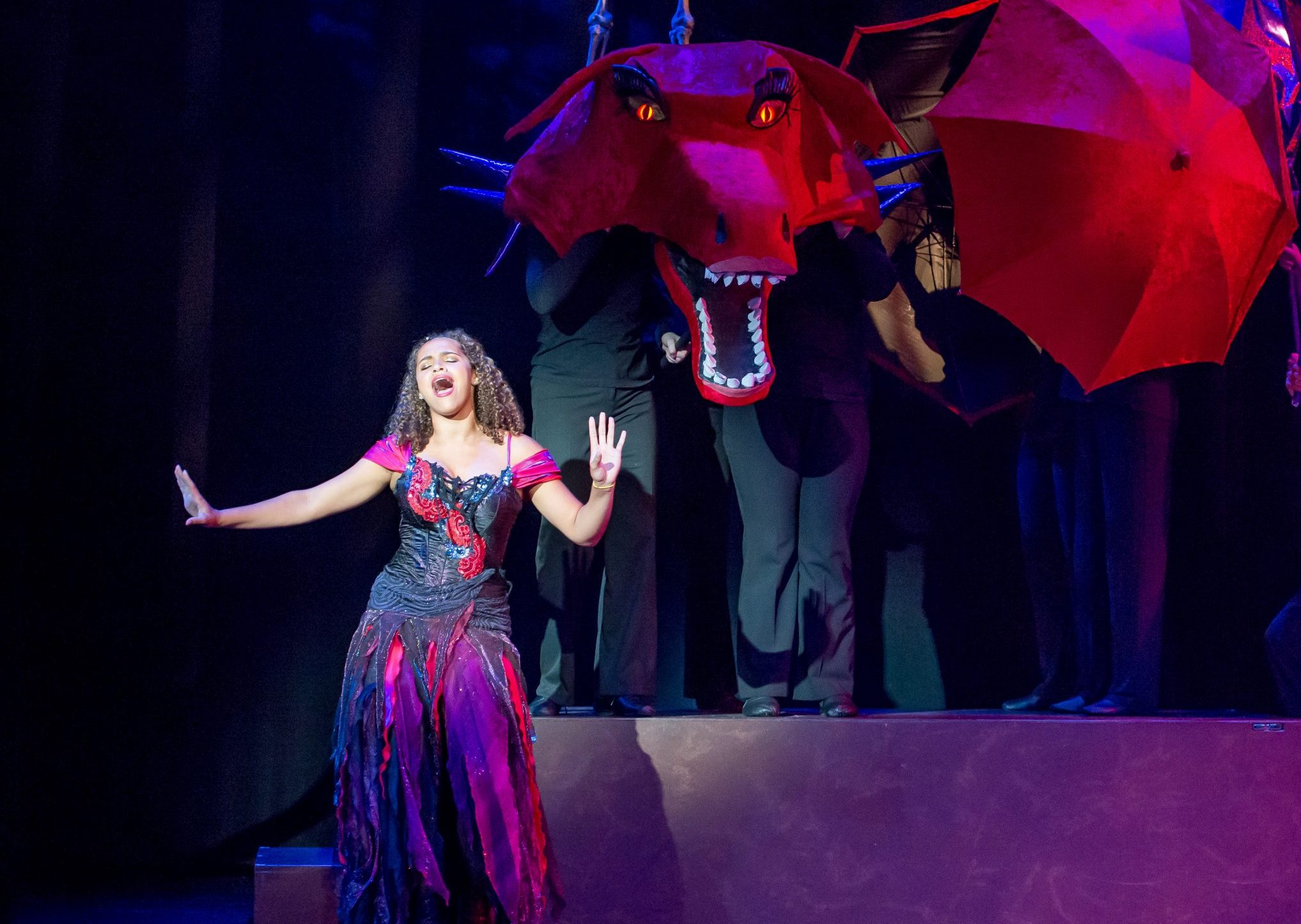 We are delighted to announce Village Theatre KIDSTAGE Virtual Productions for the 2020–2021 school year! COVID-19 has made this a season of experimentation and flexibility, so we’ve designed online experiences for students to explore a variety of genres and styles of musical theatre and beyond.

“No One is Alone” is this season’s theme at KIDSTAGE. Connection and belonging have been our most urgent focus since the pandemic hit. We want to provide our students with a community of belonging where they can continue to develop in the art form they love and remind them that no one is alone.

Rehearsals Begin: October–December 2020; varies by production
Age Range: Grade 6, 8, or 9 through Age 20, depending on production

What can we create within 8 to 12 hours in one week? In this new series, students will work with a variety of teaching artists and theatre makers to produce something for friends and family in a condensed timeframe. Each Pop-Up Production allows students the opportunity to explore different scripts and performance styles in a quick and easy package. This series of productions is designed to appeal to student actors who may have reservations about committing to a long online rehearsal process.

Although the rehearsal process is short, actors will have the chance to dive deep into script analysis and character development through tablework. Each production will culminate with a final Zoom reading/performance presentation.

Each production rehearses twice per week, for one week (except “Actors as Creators” which rehearses three times over two weeks). Each rehearsal is 4–6 hours, and the final rehearsal ends in a performance. Outside-of-rehearsal work is not required.

Winter Solstice is celebrated around the world and is tied to personal awakening. The cabaret will explore Winter Solstice as a time for reflection, renewal, and regeneration. The cabaret structure/format is highly collaborative, and material may include (but is not limited to) solos, group songs, dance pieces, scenes/sketches, monologues, and more. All material has been pre-filmed, then compiled and edited together into a final video.

Auditions are now closed and She Kills Monsters is cast. Stay tuned for the virtual performance in January!

This version of She Kills Monsters was adapted by the playwright, Qui Nguyen, to be performed in the “virtual realm.” It is designed to incorporate elements such as virtual backgrounds, turning cameras on/off, and other creative solutions to help tell the story in the digital performance space.

A comedic romp into the world of fantasy role-playing games, She Kills Monsters tells the story of Agnes Evans as she leaves her childhood home in Ohio following the death of her sister, Tilly. When Agnes finds Tilly’s “Dungeons & Dragons” notebook, she finds herself catapulted into a journey of discovery and action-packed adventure in the imaginary world that was her sister’s refuge. In this high-octane dramatic comedy laden with homicidal fairies, nasty ogres, and ’90s pop culture, acclaimed playwright Qui Nguyen (Vietgone, Disney’s upcoming animated feature Raya and the Last Dragon) offers a heart-pounding homage to the geek and warrior within all of us. —Description courtesy of Concord Theatricals

Actors will meet in rehearsals on a few days during winter break, then three times per week starting in January, for tablework, character development, virtual staging, etc. Outside-of-rehearsal work may be necessary. View the She Kills Monsters: Virtual Realms schedule >

Audition submissions are now closed. Stay tuned for the virtual performance in March!

Performances: March 27 or 28, 2021 (exact date and time TBD)
Rehearsals Begin: January 9, 2021
Eligibility: Grade 7–10. We are creating a space for BIPOC-identifying students only (Black, Indigenous, and People Of Color).
Tuition: $500. Need-based full scholarships are available for this program, no questions asked.

Have you ever wanted to create your own work? KIDSTAGE Originals is an original musical project created by emerging theatre artists. Students generate their own material under the mentorship and guidance of professional artists.

Art Without Boundaries is a new KIDSTAGE Originals program for a fully-BIPOC student devising team of actor-creators. KIDSTAGE highly values diversity, equity, and inclusion, and is seeking to provide a space for aspiring theatre artists to create stories that reflect their own experiences and amplify their voices. Come join two of Seattle’s outstanding theatre artists, Porscha Shaw and Aaron Norman, on this journey to create Art Without Boundaries.

Using devising theatre techniques including improvisation, character development, exploration techniques like Viewpoints, and free-form writing, students will create an original musical theatre piece with the support of collaborative mentors. The space will be curated to the needs and skill sets of the participants.

Company members will meet twice per week starting in January to begin utilizing devising theatre techniques to generate material for the eventual show. Rehearsals for the show will add one additional meeting starting in March. Work outside of rehearsal may be necessary. View the Art Without Boundaries schedule >

KIDSTAGE Originals is an original musical project created by emerging theatre artists. Students in grade 9–age 20 generate their own material under the mentorship and guidance of a professional writing, composing, and directing team. The program emphasizes the process of creating a script from the initial concept to the stage.

Once the writing team has a working script, student actors are added to the process and the show is shared with an audience for feedback. Under the guidance of a professional director, actors work with the student writers to refine the script. Changes are made to the script up until opening night. Successful actors in the KIDSTAGE Originals program are highly organized and not afraid to learn new material in an extremely short time frame.

This year will include four writing teams, who will present their scripts as staged readings in a KIDSTAGE Originals New Works Festival in March 2021. More information about the scripts written as part of this year’s KIDSTAGE Originals program will be available in January and February.

Actors will rehearse two–three times per week with a single performance as part of the KIDSTAGE Originals New Works Festival. Actors are not expected to be memorized but some outside-of-rehearsal work will be expected.

Show titles, rehearsal/performance details, and audition information will be announced in early 2021.

KIDSTAGE Ensemble is a school-year production program for our younger and newer students. Directed, designed, and produced by adult theatre professionals, the intensive rehearsal process includes learning the fundamentals of performance (script analysis; character development & creation; learning choreography, staging, and vocals; etc.) and experiencing each phase of the production process through technical rehearsals and performances.

Actors will rehearse two–three times per week. Outside-of-rehearsal work is expected, including reviewing and memorizing material and possibly the creation of video and audio recordings.

Show title, rehearsal/performance details, and audition information will be announced in early 2021.