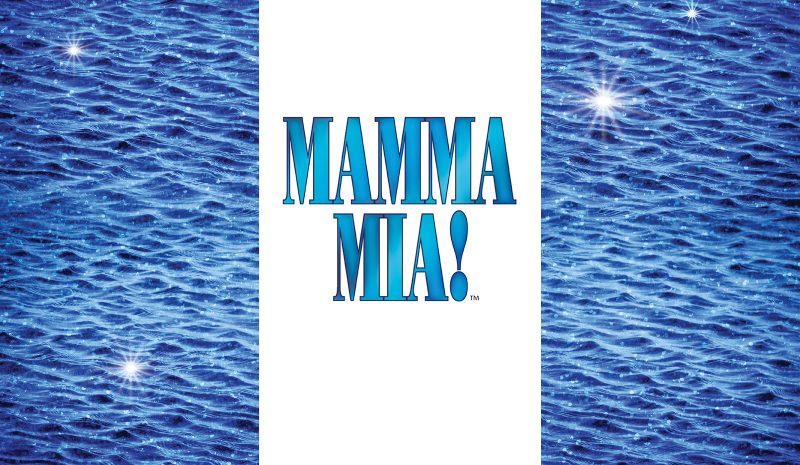 Mamma Mia! was originally produced in London by Judy Craymer, Richard East and Björn Ulvaeus for Littlestar in Association with Universal.

Millions of people from around the world have fallen in love with the characters, the captivating story, and ABBA’s timeless music which makes Mamma Mia! the ultimate feel-good show. Sophie’s wedding day is right around the corner, and she wants her dad to walk her down the aisle. The only problem is she doesn’t know who he is. After secretly inviting all three of her mom’s old boyfriends to attend the wedding, things heat up at their already sizzling Grecian getaway. Village Theatre’s Mamma Mia! will have you singing and dancing all the way home.

“We’re going to breathe new life into this production of Mamma Mia! by reimagining what it could and should look like today. Part of that is having a beautifully diverse cast of storytellers, where we can ground and root the themes of our show in a very real way. All the fun and great songs that we love, anchored in something real, intentional, tangible and inspiring. I am rooting one of our themes in the West African word, ‘Sankofa.” A simple translation means to ‘retrieve’ or ‘go get it’. A more in-depth translation says: ‘…it is not wrong to go back for that which you have forgotten.’ In our show, Donna is on her own personal Sankofa, as well as Sophie. Sometimes, you must to go back, before you can successfully move forward.”

Suggested for ages 10+. May contain some mature subject matter. 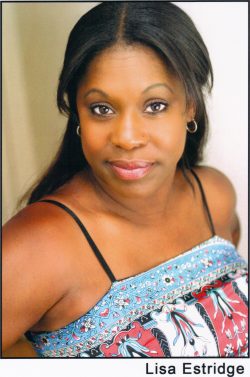 LISA ESTRIDGE* (Donna Sheridan) Was last seen as Melpomene in Xanadu. A few past Village Theatre productions are: Tommy, Once On This Island, The Ark, Peter Pan, Joseph and the Amazing Technicolor Dreamcoat, and Bells Are Ringing. Lisa thanks her Love and Life Partner Danniel, My #1 Fan, Inspiration and daughter Alex “Kitten Face”, and last… SPIRIT who has taught me to have faith, trust and believe! 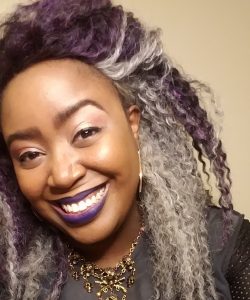 Be Russell, she/her (Rosie) is a born-and-raised Seattle actor/playwright, and is grateful to share the stage with these beautiful humans. Village Theatre: She Loves Me, The Homefront (Beta Series). The 5th Avenue Theatre: Beauty and the Beast. Taproot Theatre Company: Godspell, Crowns the Musical. Be gives all glory to God, and love to family and her dearest friends. Instagram: @be_russell755 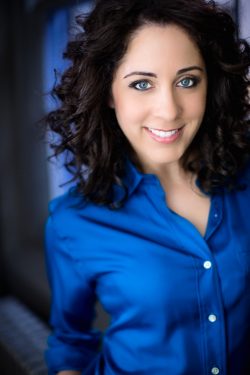 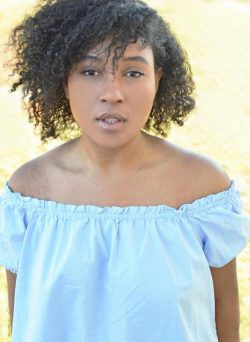 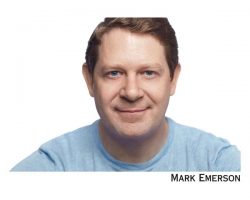 Mark Emerson, he/him (Harry Bright) is so happy to be on stage again! Village: She Loves Me. National Tours: The Phantom of the Opera. London: Angels in America (Lyric Hammersmith). Regional: Sunday in the Park with George (The Repertory Theatre of St. Louis); Merton in Merton of the Movies (Dorset Theatre Festival). TV: “The Late Late Show with James Corden”. BS: Northwestern University; MFA: UCSD. Much love to Family and Jake! markemersonactor.com 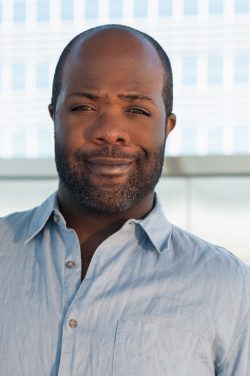 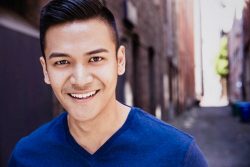 Christian Quinto, he/him (Sky). Christian is thrilled to be back on stage with Village Theatre! Select credits: She Loves Me (Village Theatre); The Odyssey, As You Like It, and Twelfth Night (Seattle Repertory Theatre); Office Hour, The Last World Octopus… and Jane Eyre(ArtsWest); Urinetown (The Studio Theatre TDS); Next To Normal (Chaminade Theatre); Daddy Long Legs (Taproot Theatre). www.christianquinto.com (Instagram: @cjquinto) 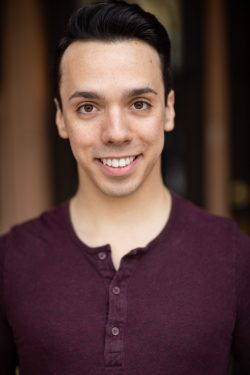 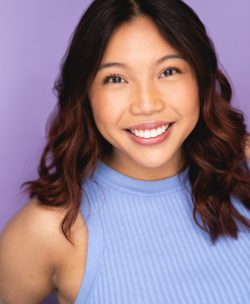 Ays Garcia she/her (Lisa) is so excited to be back at the Village Theatre! She is a current student at University of Washington studying Music Education. She was most recently in Songs For A New World as the understudy for Woman 1 (Village Theatre). She would like to thank her family and friends for their unconditional love and support. She wouldn’t be here without them! Thank you all so much for coming! @ays.garcia 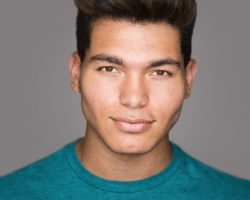 CJ Lorentz (Eddie) is incredibly honored to be making his debut with the Village Theatre in Mamma Mia!. He studied Musical Theatre for his BFA at Central Washington University and now is currently working on producing an album. He was recently seen in Coeur d’Alene Summer Theatre’s latest production of Smokey Joe’s Café as Victor. He is filled with lots of gratitude and excitement for this production and many more to come! 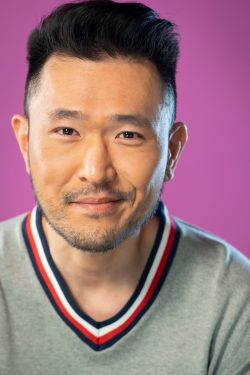 MICHAEL WU (Father Alexandrios, Ensemble) is delighted to debut on Village Theatre’s stage. He has performed in such shows as: The Hunchback of Notre Dame, Freaky Friday, A Christmas Carol, Mamma Mia!, The Drowsy Chaperone, Company, The Crucible, and Christmastown. He is an Air Force veteran, a member of Young Hot Thespian Collective, an animal lover, and kimchi enthusiast. Enjoy the show! 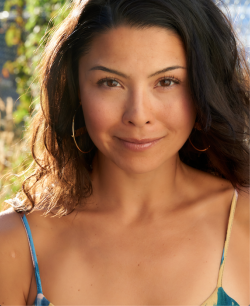 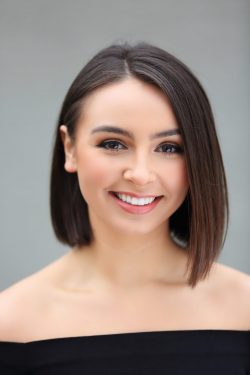 Tia Petersen (Ensemble) is exceedingly grateful to step foot on this stage again. Village Theatre: Guys and Dolls. The 5th Avenue Theatre: West Side Story, Holiday Inn. Proud graduate of The University of Washington. Much love & thanks to her family and her Kyle. @t_uhpetersen 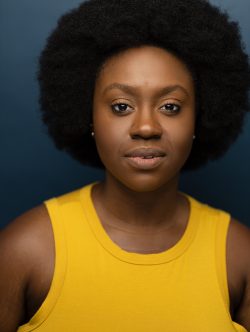 KENNEDY SALTERS* (Ensemble/Donna Sheridan & Rosie Understudy) is an Atlanta- based actress and a product of the Gainesville Theatre Alliance. Recent credits: Waitress Broadway (Becky U/S), Waitress the 2nd National Tour (Becky), and Legally Blonde (Paulette). She is elated to join Village Theatre for an awesome summer! Special shoutouts to my Mom, Auntie, and partner for supporting and loving me well. IG: @thechocdrop 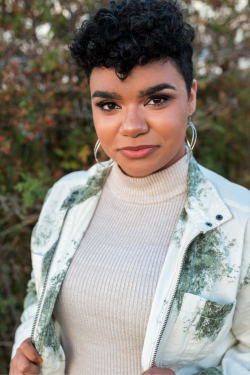 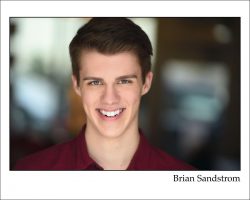 Brian Sandstrom, He/Him (Ensemble) is excited to be back at Village Theatre after performing in Newsies! And growing up with KIDSTAGE (with Faith as a director!) Outside of Village, he loves doing sketch comedy with the YouTube channel SMOSH and performing musicals for children Off-Broadway and around the country for TheatreWorks. 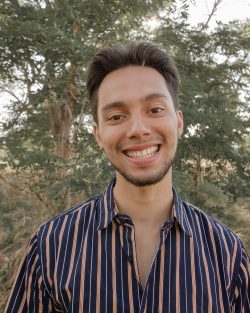 KEONI DILAY, he/him (Ensemble) is an actor and choreographer in Seattle and is very excited to be making his Village Theatre debut. He is currently a dance instructor at Village Theatre KIDSTAGE in Everett and most recently Associate Choreographed Matilda at KIDSTAGE. Acting credits include: Sky Square(West Coast Premiere of Polkadots: The Cool Kids Musical), Jean Valjean(Les Miserables), and Jack(Into The Woods). Keoni would like to congratulate his girlfriend, Ariona and his brother, Kekoa on their graduations! @keonidilay 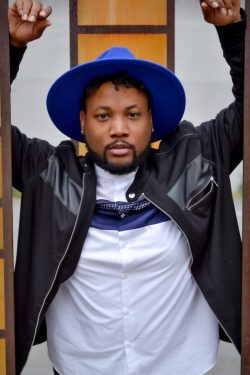 JIMMY SHIELDS* (Ensemble) is a professional choreographer and director in the greater Seattle area. You may have seen some of his previous work at Village Theatre (most recently You’re a Good Man, Charlie Brown), Seattle Rep, or as the co-host of the 2019 Gregory Awards. Performing has always been his biggest passion and he is thrilled to be making his return the Village Theatre stage! 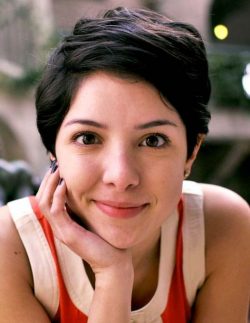 SARAH GARCIA (Lisa, Ensemble Swing) is ecstatic to be making her Village Theatre debut! She is a newly emerging artist originally from Southern California where she received her BFA in Acting from California State University, Fullerton. She has been seen most recently as Percy Talbott in The Spitfire Grill at Taproot Theatre; as well as various projects at Annex Theatre. 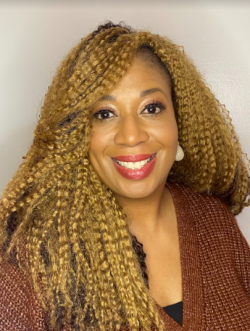 Faith Bennett Russell (Director) is a Jamaican-African American, activist for racial and social justice, and proud Brooklyn, New York native. For the past 30+ years she’s been an actor, director, teaching artist, playwright, and choreographer in the greater Seattle area. In 2012, she was named one of the top 5 best Seattle Actors by CBS Local, and in 2018 was nominated twice by Broadway World Seattle for Best Director of a Musical. Faith’s new work As Simple As It Seems, made its virtual debut through The Drinking Gourd: Black Actor’s at Work, a collaboration between The Hansberry Project and Kenny Leon’s True Colors Theatre Company. Through Village Theatre’s KIDSTAGE program, she served as the Education Assistant Manager, and host of the Webinar Series Meet the Masters. Select directorial credits: Until the Flood (Harlequin Productions), Legally Blonde (Showtunes), CROWNS (Taproot Theatre Company), In the Heights (Village Theater KIDSTAGE). Upcoming projects: Pride and Prejudice (SPU) and Pipeline (Seattle Public Theater). 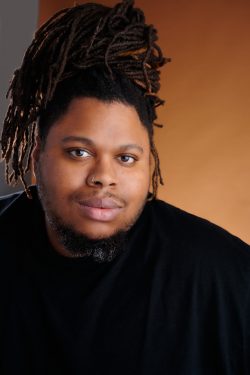 Aaron M. Davis Norman (Music Director). Aaron is an educator-artist-activist originally from Compton California. Aaron has performed across Europe, Canada, and the US and continues to fight for equitable theatre programs for youth and diverse representation on stages and productions teams. Aaron is currently the Institute Manager at Village Theatre KIDTSAGE, teaching voice Cornish College of The Arts, and one of the Co-Education Managers for Re:Theatre. 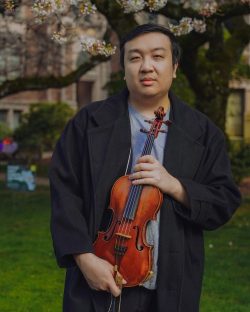 Andrew Pang (Music Director) has been performing in musical theater for over 7 years. He worked on In The Heights and Out of Bounds at Village KIDSTAGE. He is classically trained in violin, viola, and piano, and composes, while teaching all of these topics. He spends his free time watching dramas and anime with his cat Ellie. 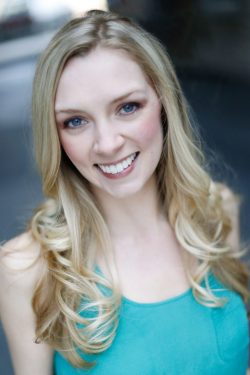 Katy Tabb, she/her (Choreographer) is a choreographer, director, performer, and teaching artist. Katy’s past choreography credits include: Newsies (Gregory Award for Best Choreography), Singin’ In The Rain, Billy Elliot, ZM (Beta Series), and Hello My Baby at the Village Theatre, as well as Bright Star, Persuasion (World Premiere), and Sweet Land at Taproot Theatre Company. She choreographed Wonderful Town for the Seattle Symphony and recently directed and choreographed Bohemia at The Triple Door.

As a performer, Katy was featured in Cabaret at Olney Theatre Center and The Lion, The Witch, and the Wardrobe at Imagination Stage. Other favorite theatre credits include: Kiss Me Kate and Spamalot (The 5th Avenue Theatre), Chicago, The Producers, and Funny Girl (Village Theatre), 42nd St., Young Frankenstein, and White Christmas (Musical Theatre West), and 9 to 5 (3D Theatricals). She is a proud member of AEA and SDC. Please visit Katy’s website at: www.katytabb.com 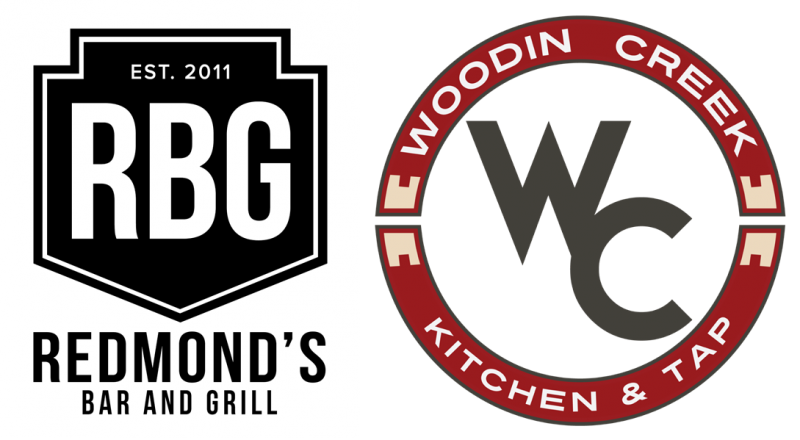