Village Theatre and The 5th Avenue Theatre have committed to a three year relationship to support Northwest musical theatre writers. This unique program between the Northwest’s largest producers of new musicals solicited submissions from Pacific Northwest residents of single-frame narrative photos of the Northwest, with images reflecting the robust life, experiences, and people that make up the region. NWxNW supports these multitalented Pacific Northwest-based artists and writers by creating opportunity for cross-discipline collaboration and providing future opportunities for their Northwest stories to be told and experienced outside the region.

The 5th Avenue Theatre and Village Theatre announced on August 26, 2021, the three writing teams that have been co-commissioned to create new musicals as part of Northwest by Northwest (NWxNW) and the first collaboration between the two organizations. The three local writing teams will write a new musical based on one photo of their choosing. Each show will receive a year-long development plan and the photographers received a $500 prize.

This new musical centers on seventeen-year-old Zoey Harris, a biracial Black teen from the suburbs outside Houston, Texas. As the daughter of divorced parents, Zoey’s used to splitting herself in two. But when her mom gets an unbelievable job offer in Seattle, Zoey’s two homes are suddenly thousands of miles apart. This musical follows Zoey from her last day of junior year to the final lingering moments of summer break, as she navigates her changing relationship with her mother and a new friendship with a local musician named Leah, a girl who sees right through every wall Zoey’s ever built. This is definitely not the summer Zoey expected. And when it’s time to leave Seattle for her final year of high school, Zoey’s surprised to find herself with one foot in each world—not quite ready to leave, and forever changed.

PABITIN is Filipino-American story about grief, gratitude, and growing up, set in a magicalized Seattle.

Anika is a self-taught event florist who owns a very successful business. As the business has grown, so has the need for help. Though she prefers working solo, she reluctantly hires her cousin’s daughter Keri to give her a hand at the shop. Anika has been quietly struggling with depression for some time, and it becomes harder to hide now that Keri is constantly around to ask questions. Anika feels the pressure of growing her business, and resents that she makes a living delivering joy to other people when she can’t seem to hang onto any for herself. When her rickety old car breaks down again, Anika has an interesting thought: what if she learned to fix it herself? As a person whose mind is constantly filled with ugly thoughts despite the fact that she touches beautiful things all day, she wonders if touching grease, grime, and rust might finally clear the way for her mind to be filled with beautiful thoughts. As she learns from a mechanic mentor about the vehicle that has carried her from adolescence to adulthood, she discovers that her own broken parts may need repairing as well.

Koryn Orcutt (she/her) enjoys a diverse music career as a singer-songwriter and multi-instrumentalist in the Seattle area. Her love of music was sparked in the fourth grade when she played the first notes of the clarinet and translated into a pursuit in classical music. She holds a Bachelors and Masters Degree in Multiple Woodwind Performance from the University of North Texas and can now be heard performing on flutes, oboe, English horn, bassoon, clarinets, and saxophones in the pit orchestras of The 5th Avenue Theatre and Village Theatre. In addition to music performance, Koryn’s passion for music grew into writing melodies and song lyrics. This love of songwriting has expanded into many released singles, including “Enough” and “Strut,” currently repped in sync licensing catalogs for tv, film and ads. Her song, “Let Us Breathe” has been featured in the 2020-2021 season at the Village Theatre.

Rheanna Atendido (she/her) is a singer-songwriter, actor, and playwright from Seattle. As a second-generation Filipino-American, her mission in life is to put BIPOC individuals at the forefront of storytelling. Recent performing credits include: Mamma Mia! AMT: NW Bookshelf (The 5th); Daddy Long Legs, Bright Star (Taproot); Twelfth Night (Seattle Rep); Dance Nation (WET); Head Over Heels (ArtsWest). For updates on her musicals, opera, and upcoming album, follow her Instagram @rheannaatendido

Claudine Mboligikpelani Nako (she/her) is an actor, writer, director, choreographer, teaching artist, and member of ACT Theatre’s Core Company. She recently worked as Assistant Director and Assistant Story Editor with partner Nick Edwards on the documentary film History of Theatre: Part Zero for ACT Theatre. Nako and Edwards also co-authored a new horror play entitled Void Here which they aim to produce in fall 2021. Claudine has also written multiple pieces for young audiences and she is currently developing one into a full length original musical entitled Fabletown, which explores themes of immigration, xenophobia, and community through the fantastical lens of a fairytale world. As an actor Nako’s most recent musical theatre credit was as leading lady Rosalind in The Rep’s musical production of As You Like It with the Public Works Project. Other recent stage credits include the title character in Snow White (SCT), Lucy in Dracula (ACT), and Paulinka in A Bright Room Called Day (The Williams Project). Nako is a two-time Gregory Award Winner for Outstanding Lead for her work in Little Bee (Book-It) and My Heart is the Drum (Village Theatre). Film/TV credits include Grimm (NBC); Three Busy Debras (HBO); Everything Sucks!, Raising Dion, and Outside In (Netflix).

About the Photographers and Photos

Beth Easton is a photographer based in the Pacific Northwest. You can follow along and view her work on Instagram @seasalt.and.evergreens. 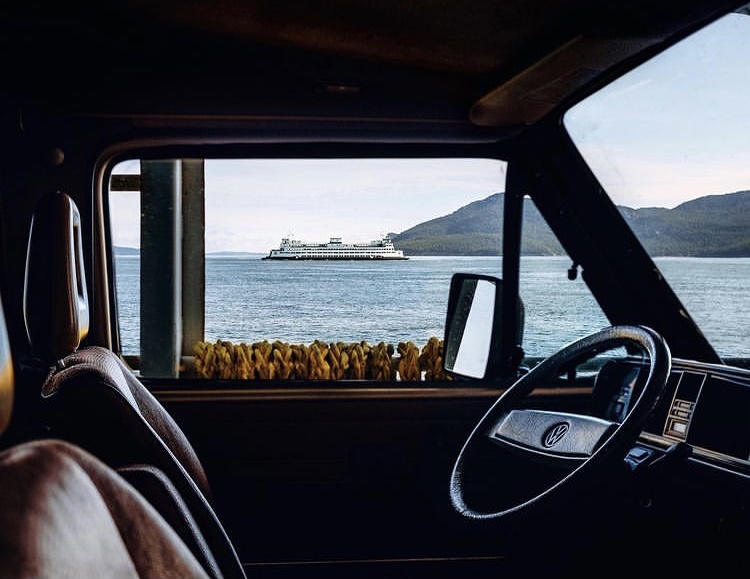 Stephen Zapantis photographs people, creatures, objects, and scenes with the intent to visually communicate a small but fateful emotion or human gesture is paramount to his work. He relies on available light to emphasize these moments photographing on the streets, in public places and in nature. Zapantis records still images on film and digitally in black and white and color. He began at age 14 when his uncle gave him a camera and it changed his life. He was hooked by high school and continued to study, earning a BFA from the School of Visual Arts, NYC. Zapantis has taught black and white photography at the University of Richmond in Virginia and privately to other artists, individuals, and small groups. He lives and work in the city of Seattle, Washington. The image selected for the NWxNW program, “Eggs-travaganza” 2021, is from a continuing series titled American Yards. Zapantis is represented by Parklane Gallery in Kirkland, WA.  More of his work can be viewed on his website and Instagram page. https://stephenzapantis.com/ 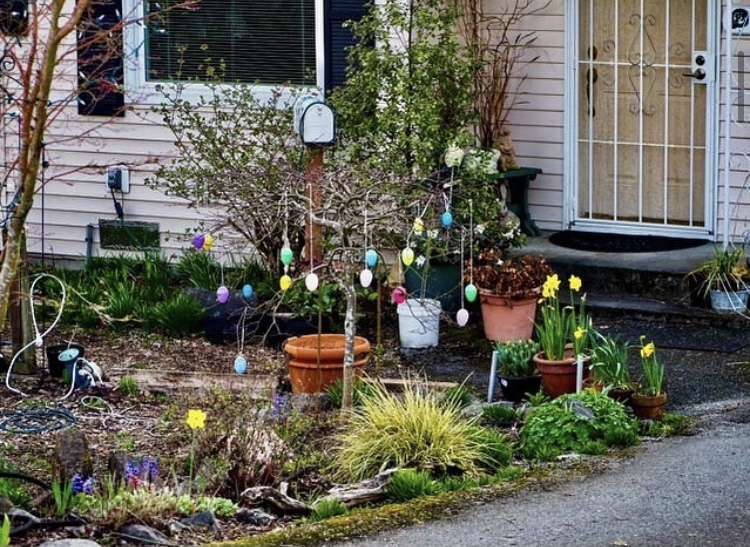 Maleah Nicole (she/her) is a Seattle portrait photographer and a huge theater lover. Prior to her photography business, she was heavily involved in the performing arts community, including participating in The 5th Avenue Theatre’s summer programs when she was in high school. Maleah’s photo, taken at Pike Place Market, was coincidentally taken while she was doing a photo shoot with Jessie Peltier, a cast member of the national tour of Disney’s Frozen the Musical when the show was in Seattle. For more of Maleah’s photography, you can view her website at https://www.maleahnicolephotography.com/ or Instagram @maleahnicolephotography. 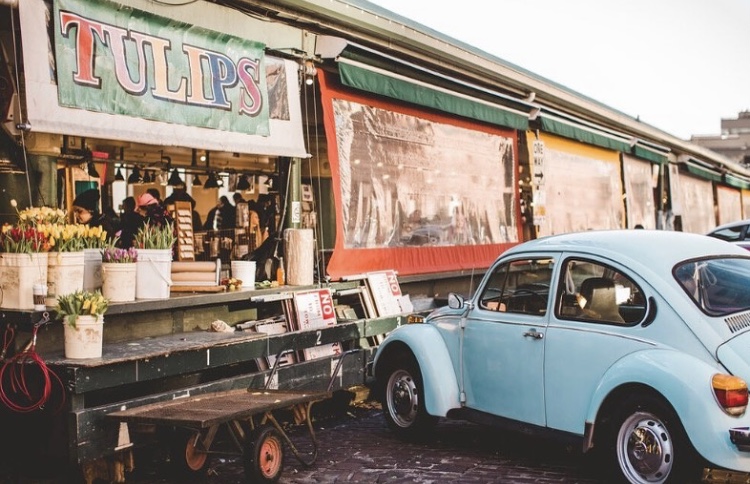