Village Theatre is pleased to begin the second year of our Northwest Creator Residency program. This program supports Seattle-area Black, Indigenous and POC artistic creators of all experience levels, including but not limited to writers, composers, performers, choreographers, directors, designers, and producers, to begin work on any element of a new musical. Creators were chosen based on their artistic vision and residency goals.

Eight creators will each receive a residency to begin work on a new piece of musical theatre to be developed in digital residence during the 2021-2022 season plus additional support as needed to continue development including but not limited to table reads, research support, and additional artistic staff to collaborate with (dramaturg, consultant, etc.). This residency program will is produced by Co-Producer Alex Crozier and Associate Artistic Director Brandon Ivie. Timeline of the residency is flexible and determined by the creator. 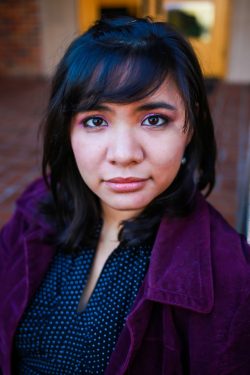 Anamaria Guerzon (She/They) is a mixed race Filipina-American Theatre Artist based in Seattle, Washington. A Theatre Arts graduate from Pacific Lutheran University, her artistic discipline includes: acting, playwriting, direction, musical composition and education. Recent/upcoming credits include: Tacoma Little Theatre’s workshop of her play Skin, the role of Hiro in God Said This (Dukesbay Productions), and Nancy Wing in Yellow Fever (Centerstage). Through her work, she hopes to examine race, gender, history, and modern day relationships. When she’s not making theatre, she is reading, journaling, or rewatching Avatar the Last Airbender.

“Music tends to be racialized by genre. In my story, I want my main character to carve out a place for herself in the rock music scene (a space typically populated by straight, white men, despite its origins), and encounter gatekeeping within it. I would also like to explore the power dynamics (which falls along race, gender, and class). I hope to create music that investigates the intersections of culture and sound. I want my BIPOC character to navigate social conditioning, and finding their own voice in the midst of coming up in a culture that glorifies Whiteness.” 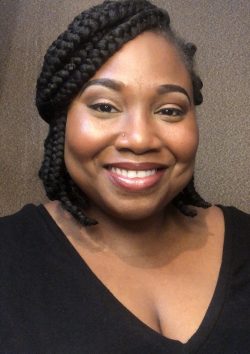 Shermona Mitchell (She/They) is an actor, director, adaptor, and artist-activist- transplanted in Seattle by way of Kentucky. After spending over 20 years in Seattle, Shermona has enjoyed a myriad of opportunities to share their artistic abilities in Oregon, Pennsylvania, Canada, Turkmenistan in addition to Washington. Shermona is an Associate Artistic Director for Seattle Public Theater and Board President for Sound Theatre Company. Find more about Shermona at https://shermonamitchell.bandzoogle.com/home

“Over the past year, I have been asking myself and others, “What does one have to do to get a new musical produced? Not only produced, but on the stage of Seattle’s musical theaters for thousands to see?” Getting the first question answered was easy, the second part not so much. Seattle is home to some of the smartest and most creative people in the country and yet new musicals from local artists are rarely seen on the big stages. Why is that? Is it a pipeline issue, a disconnect, is there a lack of desire from audiences, who knows. My time during this residency will be spent investigating how to produce a children’s musical using Arlando Smith’s Javier and the Search for the West Wind.” 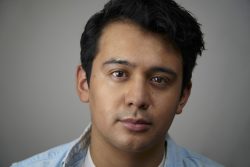 Rafael Molina (He/Him) is an interdisciplinary artist and activist based in New York City. Village Theatre acting credits include: She Loves Me, 25th Annual Putnam…, Into The Woods, and the Beta Productions of Hart Island, and ZM. You can see him in Village’s upcoming production of You’re a Good Man, Charlie Brown. In the PNW he has worked with Intiman Theatre, The 5th Ave Theatre, Seattle Children’s Theatre, Strawberry Theatre Workshop, Seattle Shakespeare Company, and Seattle Public Theatre. As a musician and composer, he has worked with various regional theatre and production companies coast to coast. He most recently composed the original score for Closed for Instillation an exhibit in collaboration with the Harvey Milk Photo Center and the De Young Legion of Honor Museums. BFA Cornish College of the Arts.

“At the core of our show is a real fire in a US owned coal mine in Mexico, where 100 Mexican miners were locked underground and left to burn alive. In our fictionalization of events, we hope to explore the impact this mass murder had on one of the families, who ultimately lost their patriarch. We wish to explore genetic trauma, loss, ghosts- in all their different forms-, and time; while embracing mulit-culturalism, language, and the beauty of Mexican Spanish Dream-Pop. We are extremely passionate about this project and the conversations it will begin within our community.” 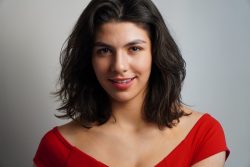 “At the core of our show is a real fire in a US owned coal mine in Mexico, where 100 Mexican miners were locked underground and left to burn alive. In our fictionalization of events, we hope to explore the impact this mass murder had on one of the families, who ultimately lost their patriarch. We wish to explore genetic trauma, loss, ghosts- in all their different forms-, and time; while embracing mulit-culturalism, language, and the beauty of Mexican Spanish Dream-Pop. We are extremely passionate about this project and the conversations it will begin within our community.”

Arlando Smith (He/Him) As a child, the first video cassette Arlando’s mother brought home for their brand new wood-paneled VCR was West Side Story. A musical which he would end up performing in a decade later. Later in childhood, video recordings of the Broadway productions of shows like Sweeney Todd would make their way into his home and young mind. It is little wonder then that as an adult he would try his own hand at the form. He is now an actor, poet, singer, director and playwright.

“My show is called Javier and the Search for the West Wind. Primarily geared toward children, it is centered on Latin and Native American folklore and representation with an eye towards the environment. Additional themes of the cycles of life and nature are also present. Collaborating with artists who have a firm understanding of the music of the regions present in this piece is something I am very excited to explore. My primary goal is to answer the question: Can this short play sing?” 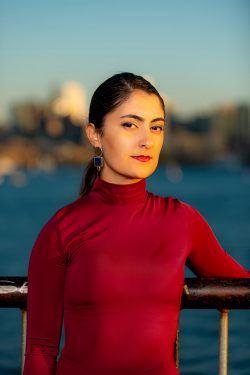 Parmida Ziaei (She/Her) is an Iranian designer, performer and choreographer based in Seattle. She has been designing various interior, architectural, immersive and entertainment spaces and has also been a scenic and production designer with many local Seattle theaters including Seattle Shakespeare Theatre, ArtsWest, Sound Theatre, Seattle Public Theatre, Washington Ensemble Theatre and Theatre22. Parmida is the co-founder and Producing Managing Director of Seda Iranian Theatre Ensemble and is the resident set designer with Macha Theatre Works. When not designing, Parmida performs, teaches, and choreographs contemporary and Persian dances with a focus on storytelling through movement.

“As a designer and choreographer, I have been fascinated by our body’s relationships to our architectural environment and the meaning of “home” and “belonging” as it relates to our physical spaces. During this residency, I will be exploring this theme through movement, poetry and a visual world inspired by Persian motifs and calligraphy. This will be a tribute to my grandpa, a poet and calligrapher at heart, who recently passed away in Iran.”