The Festival of New Musicals 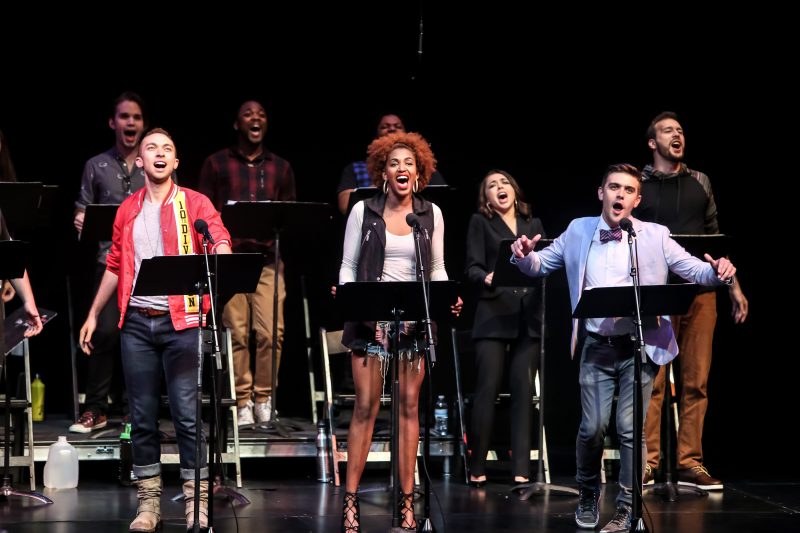 Entering into its 20th year, The Festival of New Musicals is a one-of-a-kind opportunity to see how a new musical comes to life first-hand. With about 50 artists, a dozen directors, and authors from across the country who are eager to hear what you have to say, you won’t want to miss out on the fun! This is a national industry-only event to which Village Originals Members are given exclusive access.

“It’s a musical theater nerd’s paradise and as a nerd one of my favorite times of the year.”  – Jay Irwin, Broadway World

Five new musicals are presented in staged reading—rehearsed, fully sung presentations of new work, performed and directed by the region’s foremost theatre artists and guest artists from across the country—for audiences of Village Originals members and theatre professionals.

Meet the Author and Meet the Artists events, receptions, and opening and closing celebrations encourage and enable interaction among actors, directors, writers, Village Originals members, and guest artists and administrators from other institutions.