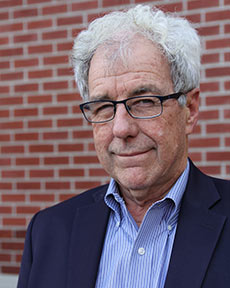 Robb Hunt helped found Village Theatre in 1979 and has been involved as producer for the theatre ever since. Robb was an avid performer for many years with experience as a principal actor and dancer in several Puget Sound theatre companies. With a background in business, Robb was a strong hand as a consultant in the field of Arts Management; several of his clients included The 5th Avenue, the Metropolitan Museum, Seattle Repertory Theatre, Seattle Symphony, The Museum of Flight, The Carnegie, and San Francisco Museum of Modern Art. Robb is dedicated to commissioning and developing musicals and has been the driving force in the inclusion of new musicals in Village Theatre programming. He has collaborated on the creation of productions such as Eleanor, Next to Normal, The Ark, and Making Tracks. Village Theatre has become an active member of the National Alliance for Musical Theatre and Robb has served on its New Works committee and on the Board of Directors. He has also served as a peer panelist and evaluator for the National Endowment for the Arts (NEA).